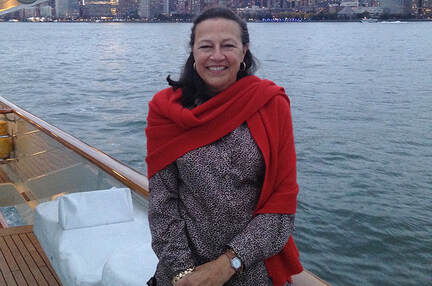 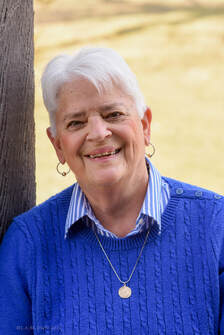 Marilyn Wortman, President Marilyn and her husband Denys live on Hines Point in Vineyard Haven. They purchased Denys’ childhood home in 1996 and retired to Martha's Vineyard from Sudbury, MA where they lived and raised their family for over 20 years. Marilyn then embarked on a new career for 15 years for the Town of Edgartown as the Human Resources Administrator and a second position as Parks Administrator. She has previously served on the Boards of the M.V. Chamber Music Society, YMCA of M.V., Lagoon Pond Association, M.V. Playhouse, M.V. Garden Club and Island Community Chorus. She was a Vineyard Haven Library Trustee for over 10 years and is now on the Tisbury Personnel Board. Marilyn currently serves on Hospice of M.V. as the Patient Care Volunteer Rep. She also volunteers at MVCS's Thrift Shop, Island Food Pantry and the M.V. Museum. She is also a driver for Vineyard Villages at Home. A graduate of Centenary College in Medical Technology with further education at Framingham State College in Business. Prior to retiring she worked for a Weston Investment Counselor. Marilyn's hobbies include her 9 grandkids, gardening, Rowing Club, Tennis, Pickle ball and the Play Readers of M.V.. She really has enjoyed hiking the trails on the Vineyard all year. 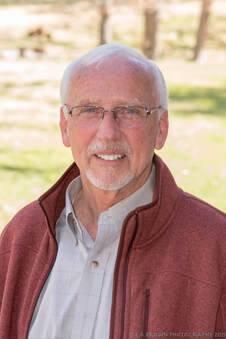 Perry Patterson, Vice President, and his wife Kim are the latest in the family to summer or live year-round on East Chop in the family home that goes back to 1906. Perry retired in 2011 from a career in publishing as President, and Partner of the Institute of Financial Management, and served earlier as Vice President, Group Publisher and member of the board in the Manhattan division of Bureau of National Affairs, then promptly moved year round to the island. On the island, Perry has served as President, Treasurer and board member of the East Chop Beach Club and Commodore of the East Chop Yacht Club. To stay active Perry enjoys tennis, skiing and boating and is a broker with RE/MAX on Island. He graduated from Rutgers University Graduate School of Business with an MBA and has a Master’s degree in Economics from the University of Massachusetts. ​ 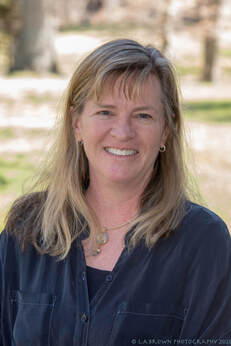 Nina Howell​, Secretary, has been a designer since receiving her BA in Fine Arts from Colgate University.  She started at Sotheby’s in New York working with the art experts and printers in all stages of  production and design. Moving to Boston, Nina worked as a graphic designer for Madison Publishing for four years before deciding to pursue a degree in jewelry design from the North Bennet Street School. Upon graduation, Nina designed and sold handmade fine jewelry at stores and shows throughout the East Coast. Nina’s family has been coming to the Vineyard for generations. She moved here full time in 2007 to Harthaven in Oak Bluffs with her husband Bill and their three children. She has been working at Vineyard Design Center for nine years helping her clients plan their own creative and functional kitchens and baths. She enjoys pulling together all of the elements of a project:  space planning, colors, and textures.  The Howells’ children grew up with Featherstone taking classes from a very young age. They have fond memories of experimenting with color and design techniques. Nina is honored to be  a part of the Featherstone community by serving on the board. 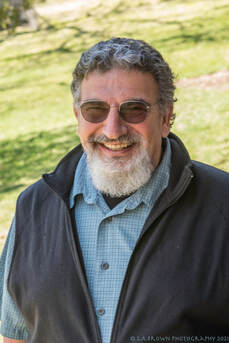 Bob Avakian and his wife Gail visited Martha’s Vineyard for the summer in 1973 and it has been home ever since. He is a fine art photographer whose love of buildings as well as the nighttime hours has led his work to evolve as an exploration of the solitude of the night and the rural habitat. Bob never considered photography as something to explore, until time allowed him to take an architectural photography class at Maine Media workshops. From there he went on to take classes at Griffin Museum of Photography in Winchester. Bob has received numerous awards for his work, including: Photolucida Critical Mass 2013 Top 50 and awards in the Neutral Density Photography Awards and the International Photo Awards. In 2019 he participated in Rfotofolio’s “Depth of Field” show at the Center for Photographic Art. In 2013 he was awarded a solo show of his night photography at the South Shore Art center in Cohasset, MA. Bob’s work is in the collections of the Boston Athenaeum, Martha’s Vineyard Hospital’s permanent art collection, the Danforth Art Museum and other notable institutions. His photographs have been featured in Lenswork’s Seeing in Sixes, Lenscratch, Rfotofolio, Peta Pixel, and Dodho magazine among numerous others. On Martha’s Vineyard, Bob’s images can be seen at Granary Gallery in West Tisbury. 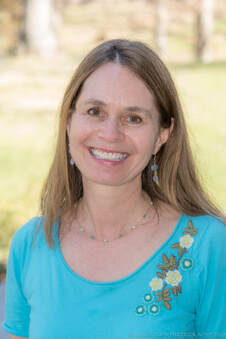 Larissa Bernat, is a first grade teacher at the Oak Bluffs School. She routinely weaves creative art projects into all areas of the curriculum. Larissa has taught bookmaking and papermaking to children for over 15 years at Seastone Kids. Her experience includes teaching bookmaking at Featherstone and the Belmont School District. Larissa began spending summers on the Vineyard when she was nine years old. After living in Boston and San Diego, Larissa relocated to the island in 2005 to be closer to her family. She can be found exploring hiking trails, biking in the State Forest, or making one-of-a-kind books when she is not teaching. Larissa shares a multi-generational home in West Tisbury with her mother, artist Sandy Bernat, and daughter Skylar. 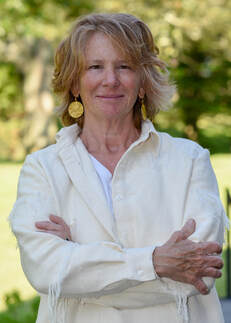 L.A. Brown Lisa Brown founded L.A. Brown Photography a multifaceted photography business in 1984. Lisa graduated high school from Kent Place School in Summit, where she lived in the art studio and started photographing when she was 12 years old. Thoughtout high school she became immersed in oil painting, etching, silk-screening, ceramics, drawing, and all of these were instrumental to the development of her sensitivity for design, photography and artistic vision. Lisa began Providence College as an art/painting major and shifted to a photography focused curriculum, graduating with a BA in photography and a minor in political science. The next several years she traveled extensively throughout the world, inspired by all she saw, and her photographers eye was honed; the desire to nurture a photographic career was secured. Knowing photography would be her professional career, five years after graduating PC, she attended The New England School of Photography, where she grounded herself in photo technique, business practices and narrowed her direction in the field of photography, receiving a degree in editorial photography and color projects. ​ 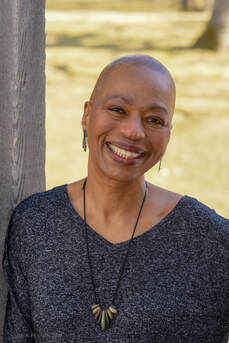 Shelley Christiansen is a licensed real estate broker and writer, living in Oak Bluffs.  The former “summer kid” made the island her year-round home in 2004.  A native of New York, Shelley pursued a long career in public affairs and corporate communications.  She has worked professionally for the National Urban League, Burson-Marsteller Public Relations and Mobil Corporation and as a consulting writer/editor.  Prior to making the Vineyard her full-time home, Shelley’s life journey took her from New York to Washington DC, Dallas Texas and Stavanger Norway.  On island, she contributes essays and features to Martha’s Vineyard Magazine.  For four years, her biweekly Martha’s Vineyard commentaries aired on WCAI-FM, the Cape & Islands NPR Station.   Shelley is presently affiliated with Donnelly + Co. Real Estate, serving for buyers and sellers island-wide.  In Oak Bluffs, she serves on the Cottage City Historic District Commission and the Copeland District Committee, in the interest of protecting the architectural character of the neighborhood she calls home.  In her spare time, she is likely to be out reveling in nature. 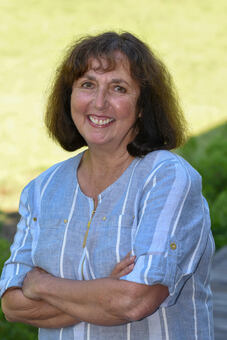 Angela Egerton first visited Martha's Vineyard in 1972, vacationing for many summers before purchasing a home in 1995. Since moving to the island full time in 2013, Angela has served on the board of the Rising Tide Therapeutic Horse Program, volunteered at the Polly Hill Arboretum and enjoyed being on the Sheriff’s Meadow Summer Benefit Committee for many years. Angela and her husband Bob have lived in many beautiful locations throughout the US which afforded her the pleasure to participate in many different art organizations. In upstate New York she was on the Board of the Cazenovia Watercolor Society and a member of the Syracuse Art Association. After moving to California in 1996, she was a member of the Placerville Art Association. In Colorado, Angela enjoyed being a founding board member of the Parker Artist Guild where she served for 8 years and chaired the program committee. After moving to western Massachusetts in 2006, she was again a founding board member of the Wilbraham Art League, chairing the program committee for many years and hanging artwork for gallery shows. Since 2010 Angela has been a member of the M.V. Garden Club where she has served on the board, program committee and the Blooming Art reception committee for several years. 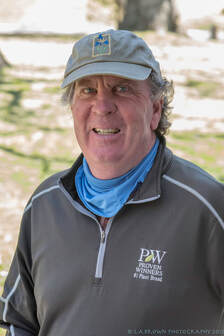 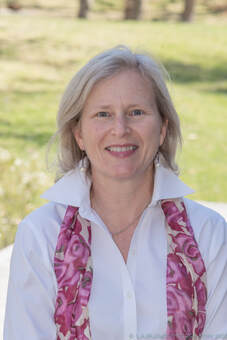 Ellen Pesch is a lawyer and partner at Sidley Austin LLP where she focuses on corporate and structured finance legal matters and is the global co-head of its Derivatives Industry Group.  Ellen has been spending time on the Vineyard for over 30 years, and has considered it her home for the past 11 years after her husband, Dan, joined Martha’s Vineyard Hospital as an OB/Gyn physician.   Ellen is an active sailor and spends much of her free time in the summer on the water, running regattas and volunteering with Sail Martha’s Vineyard.  She is also a former Commodore at Vineyard Haven Yacht Club, where she currently serves on the Nominating Committee and the Board of Governors.  Ellen also a board member, and the current President, of the Black Point Beach Association.  Ellen and Dan have 2 grown children.
Featherstone Center for the Arts | 30 Featherstone Lane | P.O. Box 1145 | Oak Bluffs, MA, 02557 | 508-693-1850
© COPYRIGHT 2015. ALL RIGHTS RESERVED.